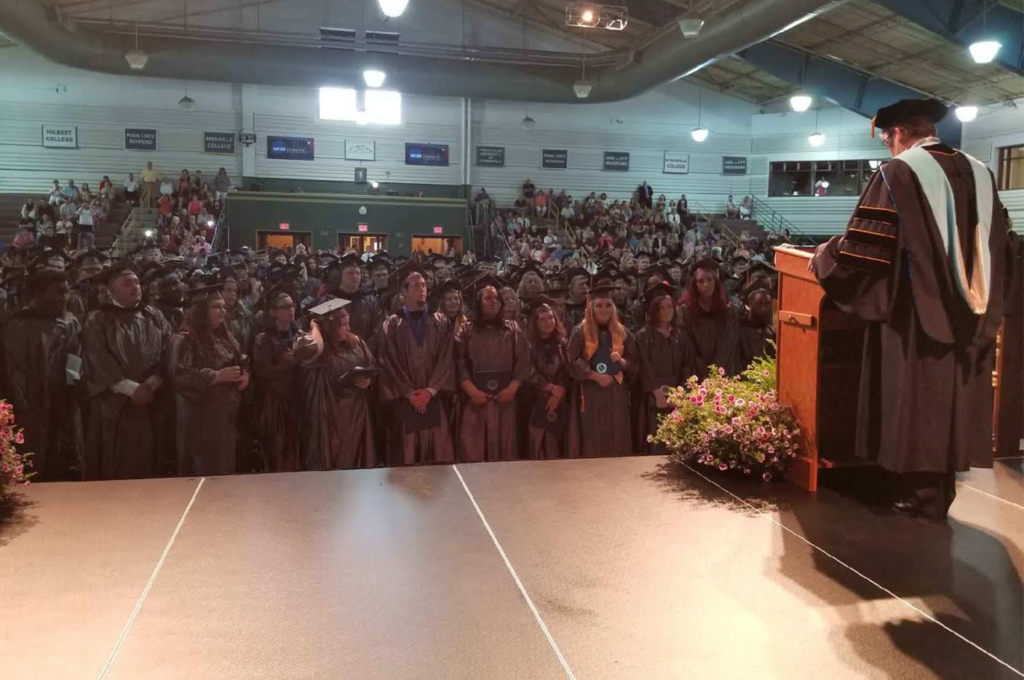 Since retiring from professional football, Deryck Toles has encouraged hundreds of disadvantaged youth to overcome obstacles and pursue their dreams.

And as keynote speaker for Eastern Gateway Community College’s 48th commencement program Saturday, Toles encouraged members of the school’s Class of 2017 to do their best in all aspects of their lives, from their work to their relationships with others.

“Be the best person you can be. Be your best at everything,” said Toles, who played for the Atlanta Falcons, Cleveland Browns and Indianapolis Colts before an injury brought his football career to an end.

Returning to his hometown of Warren, Toles founded Inspiring Minds, an organization aimed at improving disadvantaged youth’s chances for success by providing them additional instruction after school and during the summer, arranging visits to colleges and industries throughout the U.S. and beyond and providing more than $60,000 in scholarships.

Having no hope for a positive future is something Toles understands. He told members of EGCC’s Class of 2017 he grew up in Columbus in a house without parents. His father hadn’t been a part of his life and his mother’s addiction to drugs led her to being absent for extended periods.

As a fourth-grader he routinely cooked and cleaned and helped his younger brother and sister with their homework. He later moved in with his grandmother in Warren but had become very insecure and angry.

Toles said he tried out for basketball but was ineligible because of his poor grades. Fortunately, a football coach took him under his wings, offering the stern but supportive guidance he had lacked, he recalled.

Toles said anyone who has been successful has had someone who both believed in them and pushed them to follow their goals.

He told the EGCC grads they have faced their own detractors or obstacles “but, guess what, you did it?”

“This is just the first section of your lives,” Toles said, adding the graduates can apply the same determination as they move forward.

Read the full story at HeraldStarOnline.com.