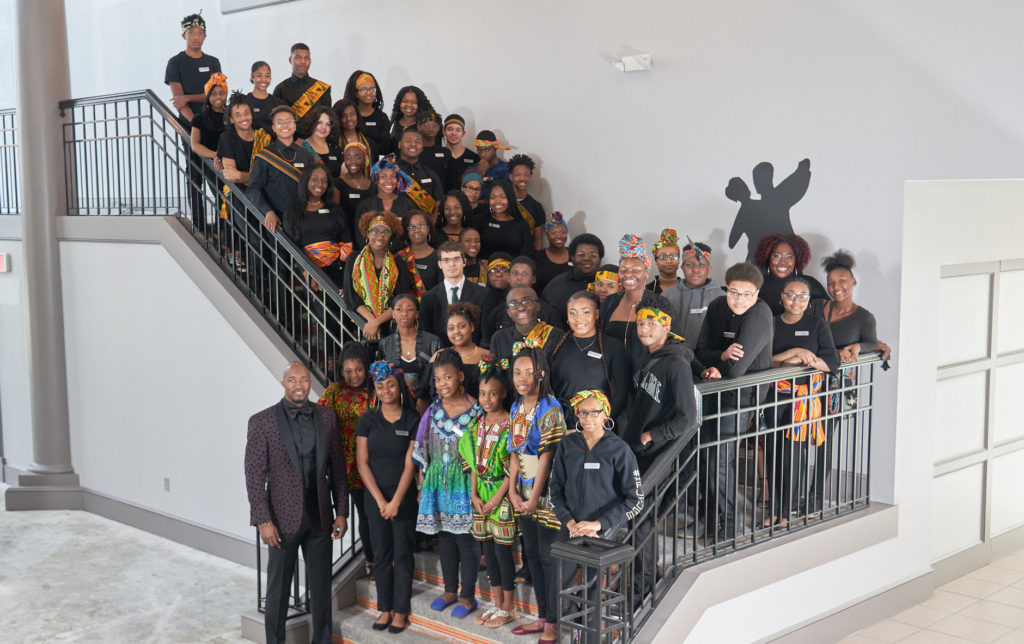 WARREN, Ohio (Tribune Chronicle) — Inspiring Minds, a youth organization based out of Warren, held its annual gala fundraiser Saturday evening at the MetroPlex Expo Center with the theme “Journey Through Africa,” which is what this year’s graduates will have the opportunity to do.

Inspiring Minds founder Deryck Toles told attendees of the fundraising event that this year’s 12 program seniors will be traveling to the Republic of Ghana to learn about the place from which they came.

“They’re going to learn the true history of Africa. They come from kings and queens — a rich, diverse culture,” Toles said.

The cost of the trip is about $4,000 per person, which includes plane tickets, vaccinations, accommodations, activities and passports, which the students will be applying for Monday, Toles said.

He said the passports will allow the students to continue to travel and learn about the world in college.

Inspiring Minds began 13 years ago when Toles began meeting monthly with a group of four students at a McDonald’s, he said.

Recently, the organization acquired its first permanent home at 837 Woodland St. The facility so far includes a student lounge and senior loft, but in the future also will have classrooms, a kitchen, garden spaces and a basketball gym.

Toles said with the new building, program attendance has gone up, but approximately 300 kids remain on a waiting list.

The gala, which is the organization’s biggest fundraiser, sold over 600 tickets and was staffed by more than 100 student and adult volunteers, according to Jessica Winters, Inspiring Minds program administrator. She said last year, the event raised approximately $100,000.

In addition, Bill Siderewicz, president of Clean Energy Future — which operates the Lordstown Energy Center — donated $50,000 specifically for the students’ trip to Africa.

The menu included items from all across Africa, including beef shwarma, pili-pili shrimp, alva pudding and Ethiopian cabbage. There were 54 tables at the event, each representing one of the 54 African countries. Many volunteers and attendees of the event wore traditional African clothing.

Scholarships were awarded to several alumni of the group, and the Inspiring Minds 365 Award was presented to the Rev. Avan Odom, pastor of Friendship Baptist Church in Warren, for the support he and his parish have provided the youth organization.