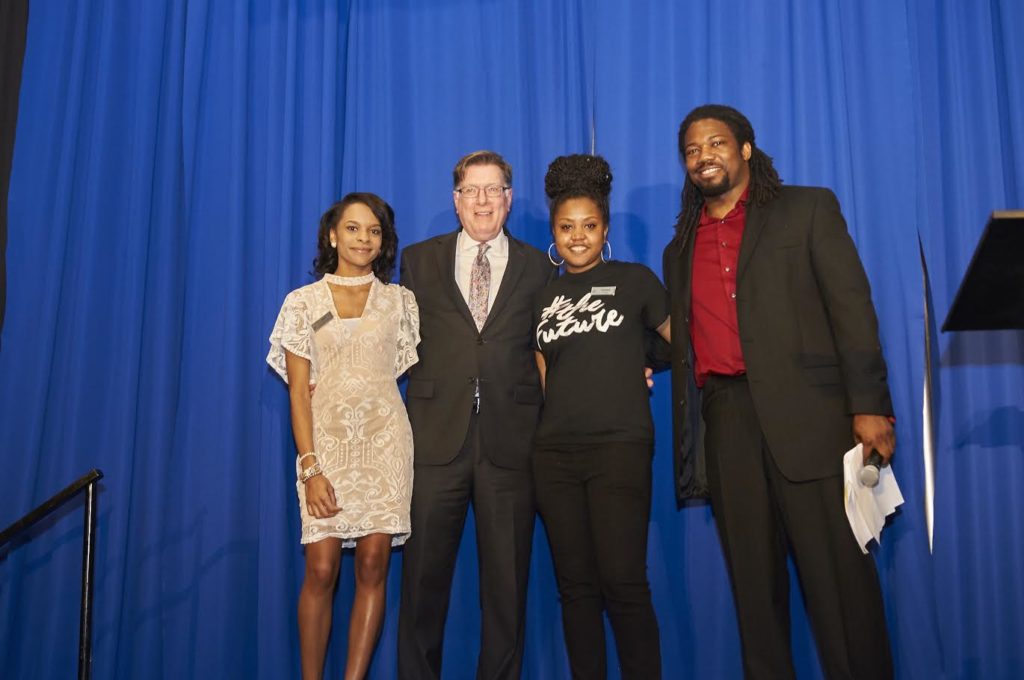 Founded by Deryck Toles, 36, of Warren, Inspiring Minds provides after-school and summer programs, college tours, and educational, athletic, health and personal development programs to at-risk youth. The program also organizes trips to colleges and foreign countries to give children as much exposure as possible.

Originally, the program was focused on Toles’ hometown of Warren, but it has since expanded to Youngstown as well.

“We started this with four students,” Toles said. “Now we’re at about 400, but the level of support has also grown.”

The theme of the gala was the future, both for the program and the future represented by the children helped by the program. During a speech, Toles reminisced about how far Inspiring Minds had come since its founding, from holding meetings in people’s basements to acquiring a building of their own near Warren G. Harding High School. “I remember meeting with four kids at McDonald’s,” Toles said.

Of the students helped by Inspiring Minds, all of them have gone on to college, the armed forces or entered into the workforce. However, none of these programs would be possible without volunteers and donations, so Toles said he hoped the fundraiser on Saturday would raise close to $80,000.

At the first such fundraiser, there were about 100 people, but Toles said approximately 600 people were expected to attend on Saturday.

A special guest at the gala was former astronaut Dr. Guion Bluford, 74, of Philadelphia, the first African American to go to space, who was presented the Inspiring Minds Legacy Award. Bluford served with NASA from 1978 to 1993 and traveled to space aboard three space shuttle missions.

“I like the purpose of Inspiring Minds. It encourages kids to achieve,” Bluford said. “It’s a great program.”

Jermari Bryant, 16, of Warren, has been with Inspiring Minds for two years and said her favorite part of the program is the trips. “I would recommend it because it’s very inspirational, it’s life changing,” Bryant said.

Fellow student Ryan Royster, 16, of Warren, has been with the program for four years and said he really enjoys learning about history, but his favorite part is also the trips to colleges.

“It’s a program that will give you a lot of guidance,” Royster said.