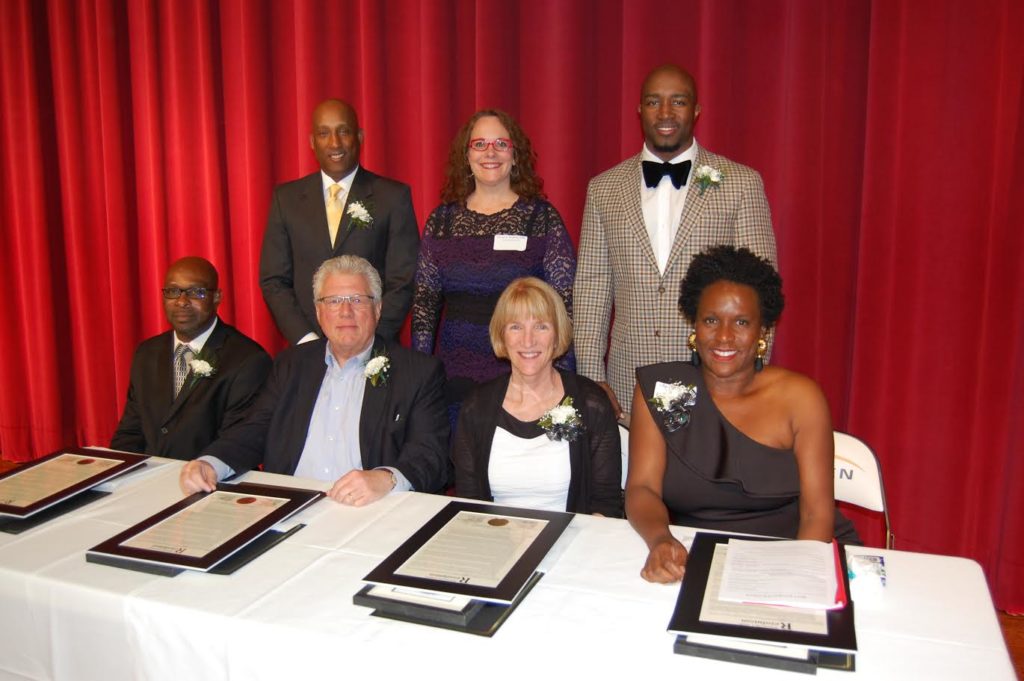 This year, which was the 25th anniversary, was marked by the annual awards dinner celebrating the individuals whose performance and achievements have reflected well on the city of Warren and the traditions of Warren Western Reserve and Warren G. Harding high schools.

The event, according to organizers, is a way to inspire today’s students and honor those who help inspire their future goals. It also allowed inductees the opportunity to meet old friends, staff and student scholars as well as tour Warren G. Harding High School.

Inductee Lark T. Mallory, Warren G. Harding Class of 1987, now employed with a nonprofit lender for affordable housing in Columbus, said she was amazed at the facility.

A former majorette and swim team manager, Mallory was excited to meet 35-year teacher and former swim coach Frank Supancic. Mallory was also excited to share the evening with her aunt and uncle, Elaine and Donald Dawkins of Warren.

Nominees had words of thank you on their lips throughout the room as they celebrated connections to their Warren roots and their individual sources of inspiration.

“I am looking forward to seeing so many people instrumental in me doing the things that I did in my career because it all started here,” said honoree David Lee Morgan Jr., Harding Class of 1984, who is now a teacher in the Massillon schools.

“I am privileged and blessed,” Arnold said.

Those honored came from careers in education and industry, athletics, science, business and entertainment. Inductees are nominated and asked to submit biographies to a committee of about 20 Warren City School officials, according to the Board of Education.

“It’s an awesome opportunity to showcase the wonderful people that have come from this school and all the things that they are doing. It’s an amazing opportunity to show the kids today what they can become,” said inductee Deryck Toles, Harding class of 1999.

He is the founder of Inspiring Minds, the nonprofit organization committed to providing opportunities for at-risk youth.